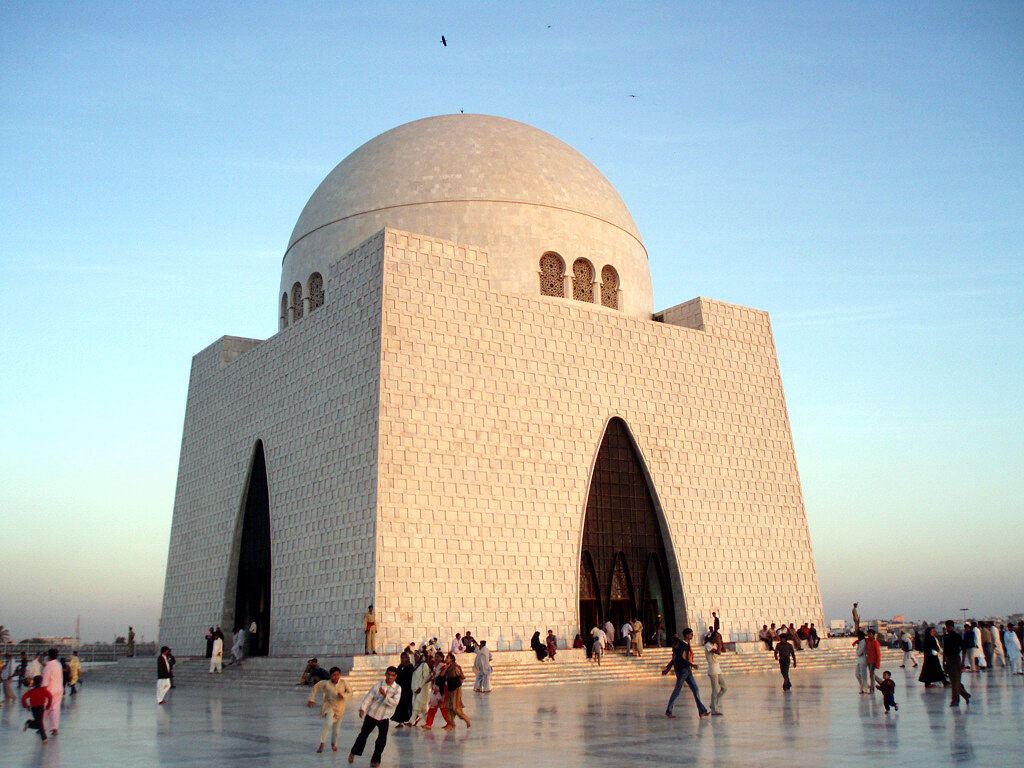 Mazar-e-Quaid, also known as the National Mausoleum, is a large and imposing building located in Karachi, Sindh, Pakistan. It is the final resting place of Muhammad Ali Jinnah, the founder of modern Pakistan. The mausoleum was constructed in memory of Jinnah after his death in 1948, and it has become an important national monument. Visitors can tour the interior of the building and learn about Jinnah's life and achievements. Mazar-e-Quaid is a popular tourist attraction and it receives many visitors each year.

It also contains the tombs of his sister Fatima Jinnah, known as Mder-e Millat ("Mother of the Nation"), and the first Prime Minister of Pakistan, Liaquat Ali Khan.

How to Travel to Mazar E Qaid:

Mazar-E-Qaid is one of the most popular tourist destinations in Karachi, Pakistan. It is home to a number of historical landmarks and attractions.

To reach Mazar-e-Qaid you need to travel to Karachi first, which can be easily accessible from all over the country by air, rail or by road (Car or bus). After reaching Karachi, the most straight-forward option is to take a taxi or cab to Mazar E Qaid. This is generally the fastest and most convenient option, although it can be more affordable than other methods.

Chitral Fort: A Prehistoric Gem in the Hindu Kush

A Mystical Tomb in Pakistan: The Bibi Jawindi Mausoleum

Neelum Jhelum Power Plant: The Facts You Need to Know

The Birthplace of the Sikh Religion: Gurdwara Nankana Sahib

Exploring the Indus and Gilgit Rivers: A Unique Confluence

Balahisar Attock Fort: A Glorious Piece of History in Pakistan

The Magnificent Mangla Fort: A Stunning Piece of Pakistan's History